Shizuoka City, Shizuoka Prefecture
At the request of the NPO Medicine, Food and Body Council

A lecture hosted by the NPO Medicine, Food and Body Council (President Shizuo Yamada, Specially Appointed Professor of Shizuoka Prefectural University) was held online and at Esaki Hall in Shizuoka City on March 26. Kiyoshi Suzuki, president of the MOA Health Science Foundation, gave a lecture entitled, “For a Healthy and Happy Life—The Importance of Natural Healing Power and Bonds.” 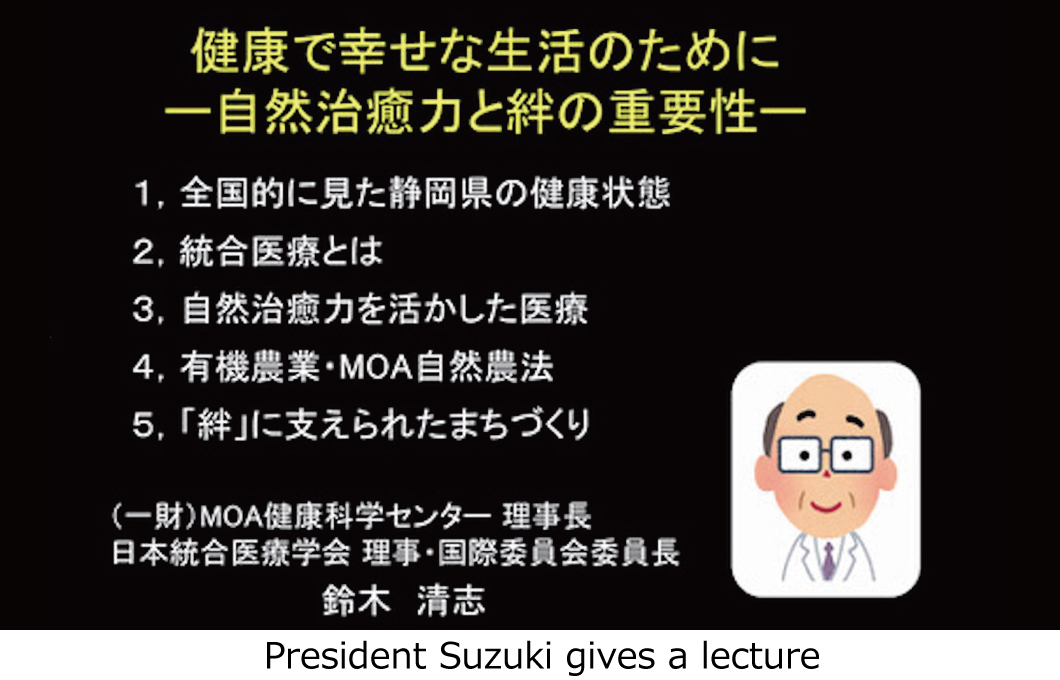 This lecture was realized at the request of President Yamada, who attended the lecture by President Suzuki at the Healthy Mind and Body Community Enrichment study session held in Numazu City, Shizuoka Prefecture two years ago. Professor Emeritus Midori Kawashima, (General Incorporated Association) Executive Director of The Japan Society for Integrative Medicine and Japan Red Cross College of Nursing, also gave a lecture entitled, “The Power to Heal with Care That Utilizes the Wisdom of Living.” 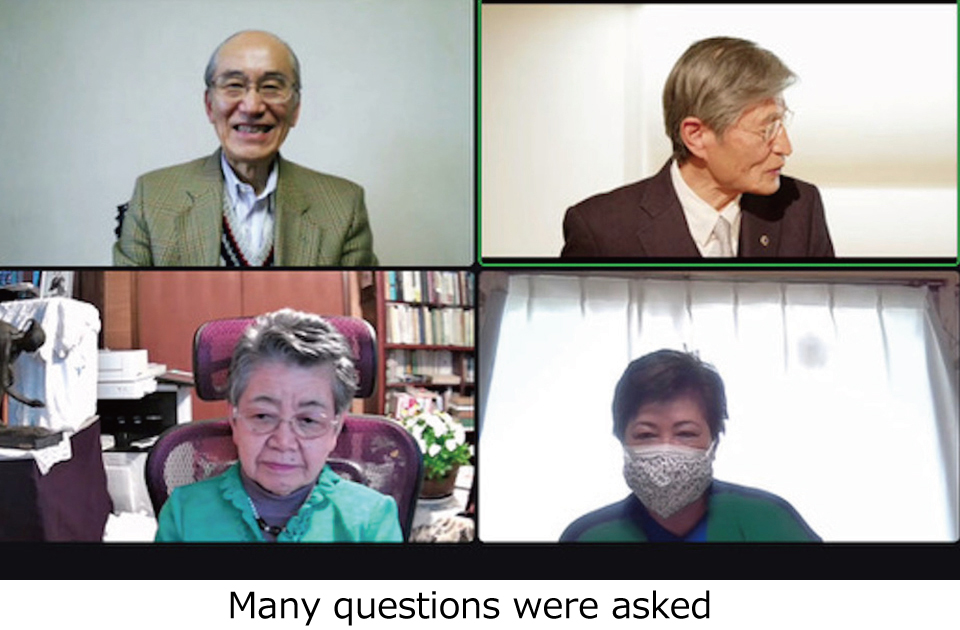 President Suzuki confirmed that illness is caused not only by body factors but also by lifestyle and environment. The current situation cannot be dealt with by self-care and modern medical care alone. Therefore, he said that integrative medicine will be important. Thus, he emphasized the natural healing power and a need for a medical model that aims to improve treatment and quality of life by combining modern medicine and various methods and a bond that supports each person’s self-care in the community. He explained that “bond” is the keyword for the social model. Regarding the health effects of mutual support, he introduced research results that birth rate is higher, illness is less likely to occur, quality of life (QOL) is improved, healthy life expectancy is extended, and crime rate and suicide rate are reduced.

With the new variant of the coronavirus infection, it was confirmed that the symptoms of patients with lifestyle-related diseases such as obesity, diabetes, and hypertension were more likely to become severe. The symptoms of those who ate a lot of vegetables were less likely to become severe. In addition to hand washing and masking as a means to prevent the spread of the infection and in terms of integrated medical care, he shared the importance of various health methods such as the Okada Health and Wellness Program that enhances the immune function by eating a diet rich in vegetables with multiple people, exercising with people, participating in various social activities, etc.

He then introduced the research results on organic farming and MOA Nature Farming Method in relation to diet and that the incidence of hypertension, diabetes, and heart disease was low in people who ate a lot of organic products. He said that a diet using Nature Farming method ingredients might be effective for lifestyle-related diseases.

A five-year study of 1,400 people who received cardiac catheterization found that those who were single had a three-fold higher mortality rate than married people. The risk of dementia for those attending community associations and hobby groups dropped to 75%. Those who took an officer role in the community had a 50% lower chance for a risk of dementia. He concluded the lecture by saying that “a community supported by bonds is important for both medical care and community development.

The audience actively asked questions and felt a high level of interest in the content.

In March 2015, the council contributed to the building of a healthy body for citizens and the construction of a prosperous and happy life in collaboration with experts from universities and medical institutions, while medical care emphasizing QOL was established