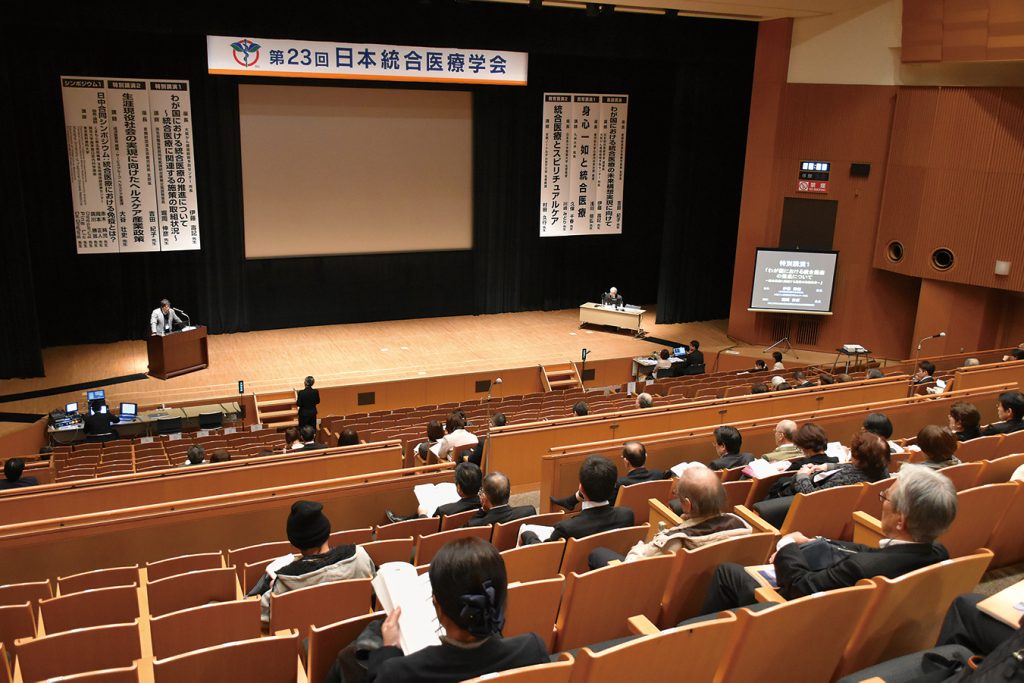 >“The 23rd Society for Integrative Medicine Japan Academic Conference (Chairman, Noriko Yoshida, Director of the Society and Director of Kagoshima Chapter)” was held at the Kagoshima Prefectural Exchange Center on December 7 and 8, 2019. Medical professionals and researchers who promote integrative medicine gathered from all over Japan to participate in the conference.

Under the theme of “Keiten Aijin (respect heaven, love people): A holistic healthcare promotion, which nurtures spirituality, enhances the natural healing ability and self-growth ability,” people gathered to hear about the issue of Spirituality and desire to open up a new door. At the conference, researchers from the MOA Health Science Foundation and medical staff of the MOA Wellness Center clinics nationwide presented examples of the spiritual care offered at the MOA Wellness Center, as well as the research results on the effects of the Okada Health and Wellness Program. The Kagoshima MOA Wellness Center and the local MOA Healthy Life Networks collaborated to offer workshops on Okada Purifying Therapy, and the hands-on Art Healthcare attracted attention.