Izunokuni City, Shizuoka Prefecture
Eleven new students will begin their studies at the college which changed its name back to its original name.

The school has been active under the name of the Research Institute’s “Agricultural College” from 2013 to last year. However, the names such as Nature Farming method and natural cultivation have become widely used by the general public. In addition, the greenery indicated by the Ministry of Agriculture, Forestry and Fisheries demanding for the spread and expansion of organic farming, such as the significant expansion of the cultivated area of organic farming in the food system strategy. We hope that we will further focus on the human resource development of the Nature Farming method by renaming the College to its original name from 1990. The name was changed back to “Nature Farming Method College.”

This year, in addition to the Basic Technology Department to learn about general crop cultivation, the Farming Technology Department to be a major course, short-term training to learn from four months of agricultural practice and specialized lectures, the College has added special training students who learn by accumulating once a month will be enrolled. A total of 11 students have enrolled.

After each new student was introduced, Principal Yoshifumi Tasaka gave a ceremonial speech. He introduced the College, which is in its 33rd year since its opening in 1990. He added practical learning of the MOA Nature Farming method based on the idea of respect for Nature and adaptation to Nature by Mokichi Okada at the Ohito Farm surrounded by a rich environment. He said that his educational goal is to improve the students’ personality as well as to acquire agricultural skills, and he hoped that new students would work hard to study at the College and work hard toward the realization of their future goals. 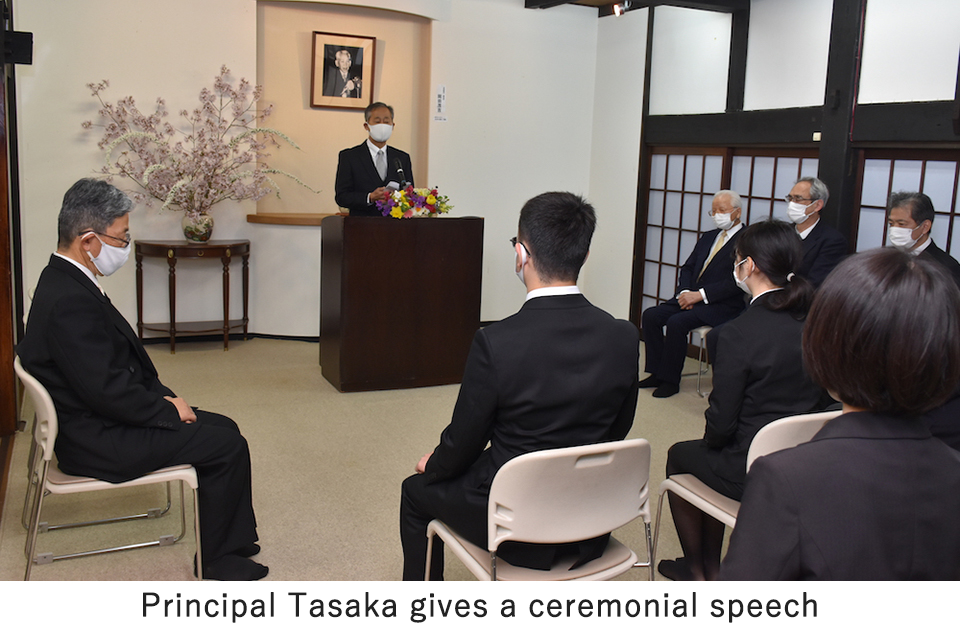 After the message of Akihisa Iwamoto, representative director of the Institute, was read, Kotaro Kato of the Department of Basic Technology announced his vows on behalf of the freshmen. He introduced how he longed for his grandparents, who are engaged in agriculture, and aspired to be a producer of the Nature Farming method. When he was a high school student, he entered the College on a trial basis and decided that he would enter this College. He talked about his dream of “I want to convey the splendor of the Nature Farming method to Japan and the world,” and expressed his determination to study at the College. 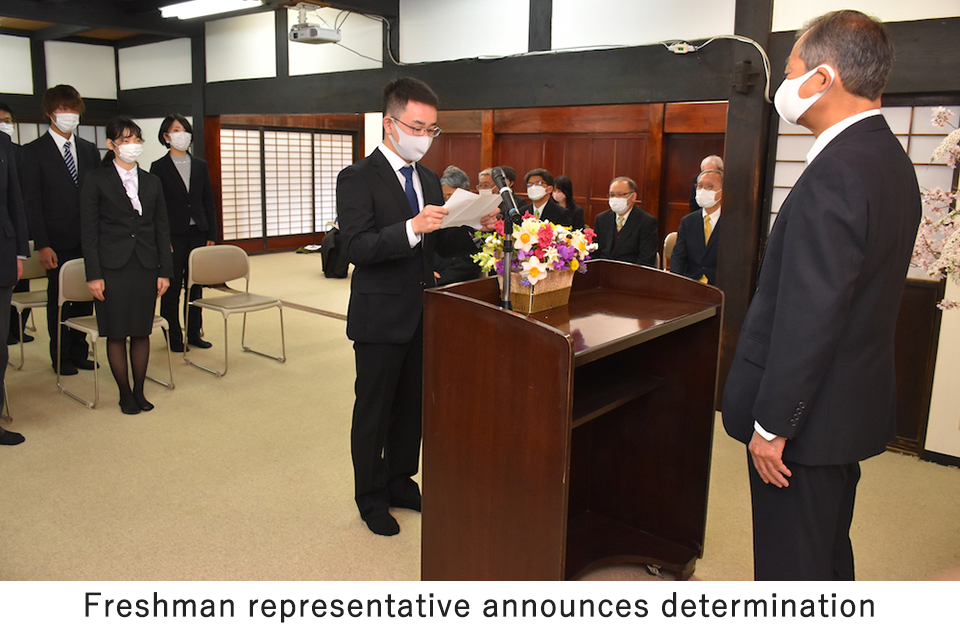 In addition, on March 13, the graduation ceremony for the 2021 class was held at the MOA training center at Ohito Zuisenkyô. Ten graduates were new to farming at their parents’ homes and/or agricultural corporations, as well as employment at agricultural-related companies. They all moved on to a new stage. Certificates were also awarded to four graduates who were qualified as Nature Farming extension workers, celebrating the new departure of leaders in the expansion of the Nature Farming method. 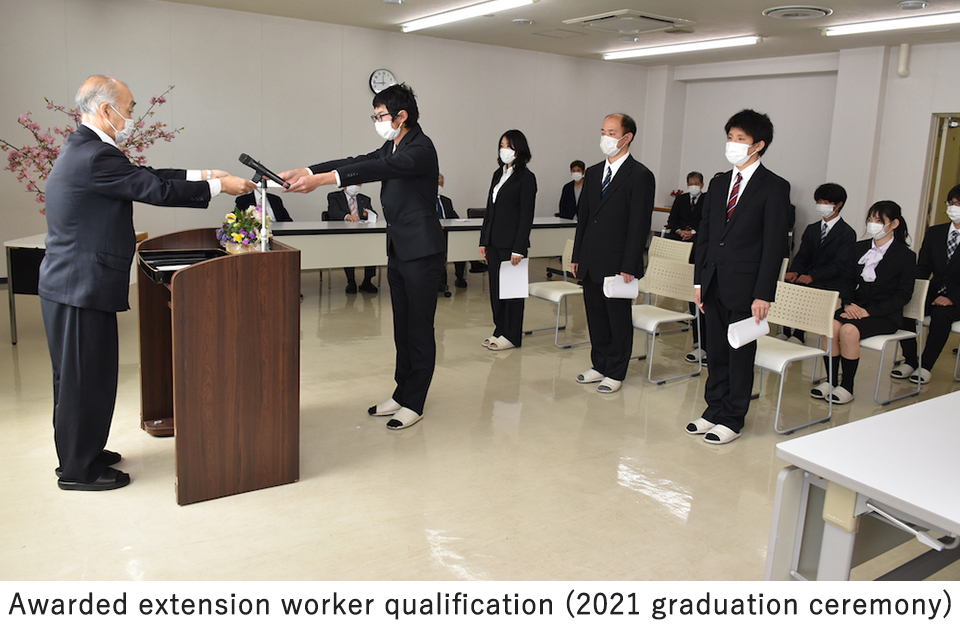