The “32nd MOA Museum of Art National Children’s Art Exhibition” was held at the MOA Museum of Art from January 8 to February 16. Out of a total of 165,061 paintings and calligraphies submitted from 238 venues in Japan and overseas countries (including 14 venues in 7 overseas countries), 300 artworks were awarded by strict examination. They were exhibited at the circular hall of the Museum.

On January 30, an award ceremony was held online to prevent the spread of the new variant of COVID-19. Winners and executive committee members participated through YouTube on the MOA Museum of Art Children’s Art Exhibition Channel.

A total of 100 prize-winning works were introduced, including the Minister of Education, Culture, Sports, Science and Technology Award, the Minister of Foreign Affairs Award, and the Minister of Health, Labour and Welfare Award. As a group award, the Ministry of Education, Culture, Sports, Science and Technology awarded the School Encouragement Award to six elementary schools that have worked together with the community to raise children and contributed to the sound development of children. Another group award was made by the Ministry of Health, Labour and Welfare to two committees who contributed to the healthy development of children by exhibiting artworks at local medical institutions and cooperating with volunteers. (See the MOA Museum of Art website for the winners and organizations). 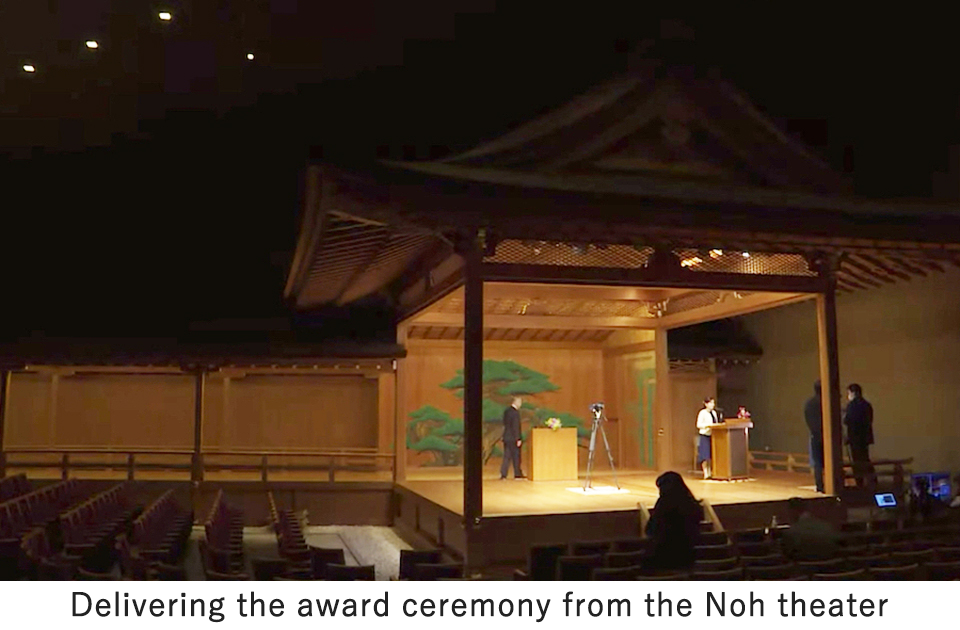 Yasuyo Kobayashi, a subject researcher of the Ministry of Education, Culture, Sports, Science and Technology gave a congratulatory speech. She praised the children’s creative activities to express their dreams and hopes despite the pandemic. Kazuya Taniyama, Child Environment Creation Specialist of the Child Care Support Division of the Ministry of Health, Labour and Welfare, Child and Family Affairs Bureau, said that participating in the the MOA Museum of Art exhibition has a positive effect on the growth of children, and congratulated the winners and their families. At the same time, he praised the exhibition’s efforts from the perspective of child welfare.

The representatives of the award winners presented their impressions, and Naonori Murakami, Vice President of International Pacific University (painting section), and Yasuhiro Kato, professor of Tokyo Gakugei University (calligraphy section), commented on behalf of the judges. Finally, representatives of past winners appeared in the video. Mitsuki Kishimoto (winner of the 8th Painting Division Gold Award) told the award winners that his current work related to Nature is linked to the thoughts he put into his favorite award-winning work depicting Nature and insects. He encouraged winners to continue to express their favorite things by drawing. Kokei Akiyama (16th Penmanship Division, Gold Award Winner) became a public health teacher soon after experiencing the pandemic. Thus, she is extremely busy with her work. She believes that the years she diligently worked on calligraphy in the past has helped her to overcome difficulties of work today. She shared her thoughts and encouraged all winners that their efforts today will be rewarded in the future as treasures of their life.

The award certificates were given to the award-winning children by the children’s exhibition executive committees in each region. The executive committee of Atami City held an award ceremony on February 6 in the circular hall of the Museum. Kouki Tsukuda (4th grade), who applied from Atami City and won the silver prize of the national exhibition, was awarded a certificate by Shigeaki Niimura, the superintendent of education of Atami City. 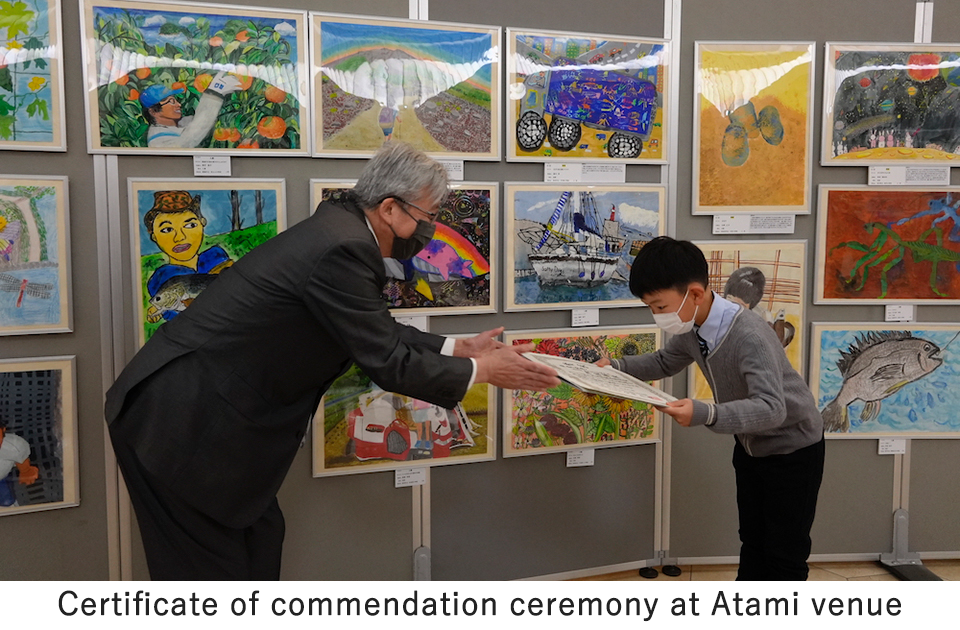 Based on the Ministry of Education, Culture, Sports, Science and Technology’s course of study, the MOA Museum of Art exhibition intends to cultivate sound emotions of children by having them express interests through relationships with Nature / environment, society, and others, using their sensibilities. Last year, it was suspended due to the influence of the pandemic. However, the “2020 Special Exhibition,” in which artworks are submitted directly to the museum, provides children with creative opportunities, and this is the first national exhibition to be held in two years.