This time, I will talk about the effect on sickle cell (SS) anemia, which is known as an intractable disease worldwide. 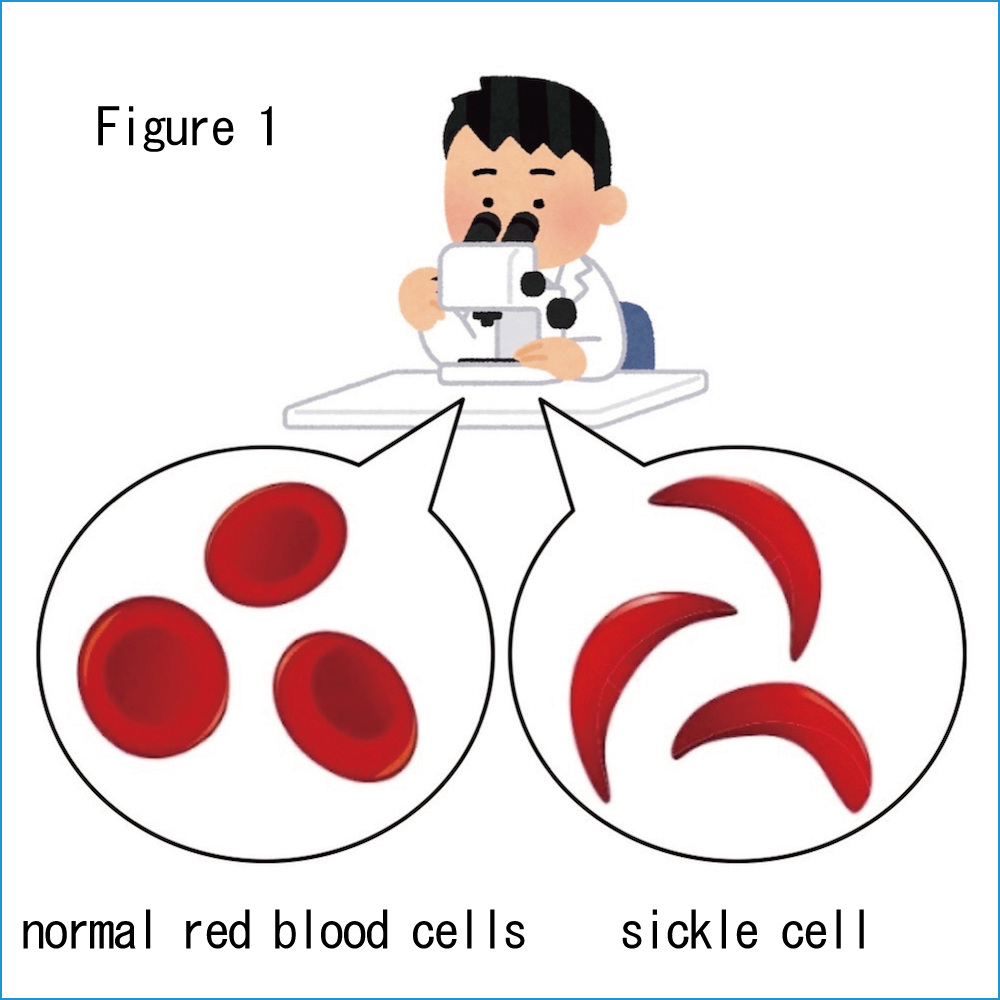 It is a severe hereditary anemia that occurs in people of African descent. Stress and other factors induce anemia and attacks of pain, which damage organs throughout the body. Technically, it is an autosomal incomplete dominant inheritance, in which a gene mutation changes the structure of hemoglobin in red blood cells, resulting in sickle-shaped red blood cells (Fig. 1).

This disease is closely related to malaria infection. Red blood cells infected with malaria parasites are sickle-shaped and are immediately destroyed in the spleen, so people with sickle cell anemia are less susceptible to malaria. People with AS have a particularly high chance of survival in communities where malaria is common.

That said, people with sickle cell anemia are slightly anemic and prone to complications, and people with SS are even more severe and often die before age 20. There is no fundamental treatment, and the main treatment is prevention of anemia attack and treatment for complications.

When Dr. Mikobi Minga Tite and others from the National Center for Mixed Medicine SS Anemia in the Democratic Republic of the Congo contacted me to study the effects of Purifying Therapy on patients with SS anemia, I was not expecting good results. However, according to the local staff, some people had already received administration of Purifying Therapy and the results were good. Therefore, we decided to provide support, including research expenses. 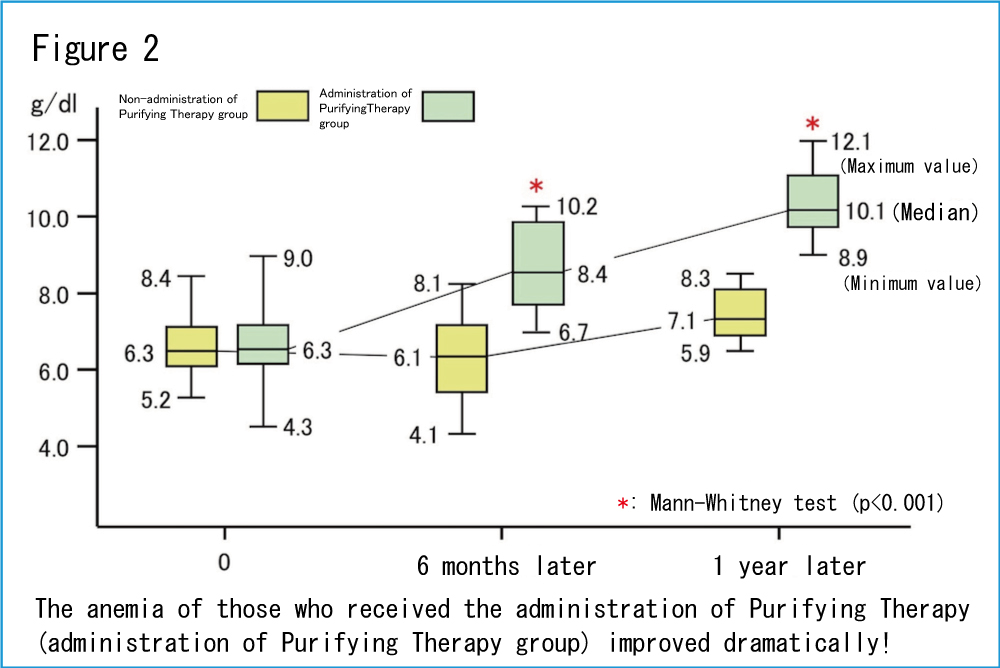 The results were better than expected, so in 2009, 40 patients continued with the administration of Purifying Therapy for seven months.

With such an effect on a serious illness like SS anemia, you might think that iron-deficiency anemia would soon get better. In reality, however, few people with severe iron deficiency anemia have improved with Purifying Therapy and diet alone. I don’t know why either. However, it is often surprising that people who continue to receive administration of Purifying Therapy improve dramatically when they take iron supplements. In general, I recommend that you continue your Purifying Therapy while maintaining a healthy diet and receiving any necessary treatment.

Next time, I will talk about the effects of administration of Purifying Therapy for fibromyalgia, which cause widespread pain throughout the body.