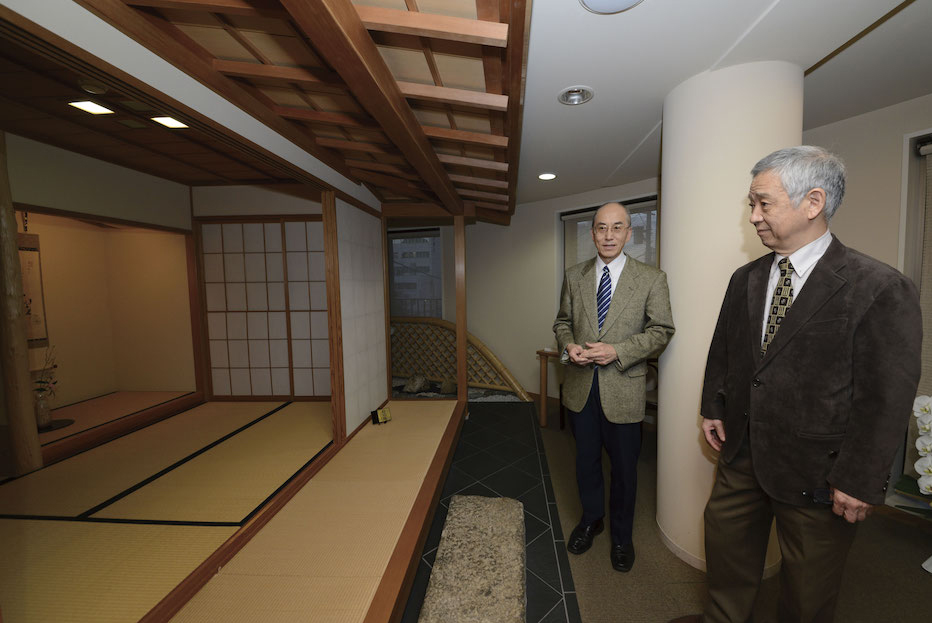 Suzuki: You mentioned the Great East Japan Earthquake, but I also went to the disaster area after the earthquake. I went around several shelters, but few people were injured. Western medicine was powerless for those who survived as I visited the shelters as a result of the clear delineation of whether they died or survived the tsunami. Prescribing medicines to people who complained of sleeplessness, stomachaches, and headaches did not improve their symptoms. And, I think many medical professionals who entered the disaster area felt that Western medicine was of little use in the absence of water, gas, and electricity.
Our MOA medical team has also been accompanied by art and food experts. Everyone was overjoyed when they a hot meal was prepared and served to them. When I got them to arrange flowers, one of them smiled and said, “The gray world has become very bright.” Other medical teams were also pleased with aromatherapy and massage. I strongly felt that integrative medicine, which provides physical, mental, and spiritual care by combining not only Western medicine, but also effective ones, is necessary for future medical care.

Shimazono: After the Great Hanshin-Awaji Earthquake, footbaths have become established as a disaster relief activity. They simply put their feet in a basin or bucket filled with warm water. Some give self-foot massage using their hands. Aromatherapy is also added to that. It softens each other’s hearts and conveys warmth. Isn’t this similar to Okada Purifying Therapy?
In Purifying Therapy, we do not touch each other directly during the procedure, but the warmth of each other is transmitted, the hearts are softened, the lives of each other are communicated, and you can feel the invisible power. Isn’t it that a new healing power is given?
I think the mindfulness has similar effects. Either way, I think such integrated medicine is becoming more important worldwide. It is important to reach spirituality beyond the biological medicine.

Suzuki: It is important to objectively evaluate what kind of disease and what effect Purifying Therapy has. But more than that, it has a greater effect as a supportive and healing effect between people. The existence of Purifying Therapy is indispensable for supporting each other’s health and living a happy life in the community. I think that it is the key to MOA’s desired medical treatment is for us to properly recognize that Purifying Therapy is a method of improving physical, mental and spiritual health.

Shimazono: I think the Nature Farming method that MOA has been promoting can be interpreted in the same way as Purifying Therapy.
For some people, the Nature Farming method values the world of prayer like leaving it to Nature. However, it draws out the power of Nature while accumulating what can be technically improved. I think it is very significant that MOA has made such efforts and used them as a reference for farmers who want to practice organic farming.
By facing the Nature including soil, the sun, and the water that grew the crops, practitioners can feel the gratitude of the blessings of life and the connection of life. The sense of the words—“itadakimasu (Thank you for the food; I will partake them),” “gochisousama (Thank you for the food, they were delicious),” “arigatoh (thank you)”—we use before and after the meals are very important. I have a sense of crisis since such customs are weakening in modern civilization. We are alive in the Universe, the Earth, the Nature, and the connection with that Nature. I would like to cherish such ideas and pass them on to the next generation.

Suzuki: Thank you for sharing your thoughts that include such praises to the practitioners of the Nature Farming method. They will be rewarded to hear what you said.

Susumu Shimazono
Born in Tokyo in 1948. After working as a professor in the Department of Religious Studies and History of Religious Studies, Faculty of Letters, the University of Tokyo, and as a professor in the Graduate School of Humanities and Social Sciences, he is currently the chairman and professor of the Graduate School of Practical Religious Studies, Sophia University, and the director of the Grief Care Institute; Professor Emeritus of the University of Tokyo; Former President of the Japanese Association for Religious Studies. His books include “The Rise of Spirituality-New Spiritual Culture and Surroundings,” “State Shinto and the Japanese People” (both by Iwanami Shoten), “The Future of the Spiritual World-Religion, Modernity, and Spirituality” (Akiyama Shoten), and “Japanese. Read the view of life and death-From Meiji Shinto to “Okuribito” (Asahi Shimbun Publishing).

Kiyoshi Suzuki
Graduated from Chiba University School of Medicine in 1981, medical doctor, Sakaki Director of the Integrative Medicine Society. Specialist in the Japanese Society of Pediatrics. Received the Young Investigator’s Award from the Japanese Circulation Society in 1994.